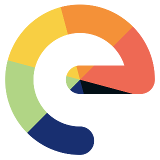 A lot has been written and discussed in the media about the unwelcome intrusion by big business houses into our private lives. Details about the Facebook data sharing scandal with Cambridge Analytic or leaks about the way Google has been ‘Googling’ our personal information and sharing it with its business partners are on news channels everywhere. If you have ever browsed to purchase a product on the internet, then you would have observed subtle hints of this intrusion in action. For days after you would be seeing advertisements from companies selling products similar to the one you were browsing. This happens when your browsing behavior is captured and shared with business houses. These business houses now attempt to coax you into buying their products which are of a similar kind. Welcome to the world of zero data privacy!

To understand the situation better, have a look at your smart phone and the applications you use on a daily basis. On android phones, almost every second application is in some way connected to Google. Gmail, Google maps, Google Assistant, Google Drive the list is endless. When you install these apps they ask you for your permission to access your contacts, your text messages, files, folders, images etc. While on the face these requests may look harmless, take some time and think about the issue seriously. What if the product or service you had browsed was of a personal nature? That information in the hands of a stranger could be dangerous for you in the long run. This pilfering of your personal data is happening through your smartphones and computers every single day, every minute. Google, Microsoft, Apple, Amazon everyone has a finger in this pie. What is even worse is that they are making billions out of your personal information! So now that I have scared you enough you might be wondering if there is a way out of this mess? Do not worry help is just round the corner.

Introducing /e/. /e/ is the brain child of Gaël Duval – the man behind the popular linux distribution – Mandrake Linux. The popular Linux OS is still remembered for its extremely user friendly interface and smooth and efficient functioning. It helped introduce millions to linux. After moving out of mandrake Linux which was renamed to Mandriva in 2006 Gael was the Chairman and Chief Technology Officer at Ulteo. The company is bought by AZNetwork group in 2015.In 2016, he co-founded NFactory.io, an incubator-accelerator of “startups.

The rampant ‘data pilfering’ on smartphone devices by Google and Apple set Gaël thinking. The result was a series of three articles ‘Leaving Apple & Google: my eelo odyssey’. In these articles he announced his intention to come out with an alternate platform for devices. An operating system which would respect the individual and value his right to privacy. A Kickstarter campaign to fund the idea was launched. People from around the world contributed. This was a clear indication that the concept had popular support, all that it lacked was a clear direction.
Gaël has come out with a mission which declares the following as its objectives:

A copy of the manifest is attached below:

To set the record straight, Gaël’s team is not writing the code from scratch. It has picked up a branch from the Lineage code base and has started with it. The lineage code base is a free open source operating system based on the android platform which caters to smartphones and tablets. The code is accessible through GitHub.

At present /e/ has a team of about fifteen developers working full time under the direction and guidance of Gaël developing the first release of the operating system. Gaël’s team is currently working on various elements in the operating system which he insists would have a great UI. Those who have used Mandriva earlier can definitely look forward to Gaël delivering on that promise! Various third party applications are currently being integrated . The base OS would have a “reasonable minimum” set of application to begin with. The idea being that a user could always add more applications as per his or her requirement. There would be no forceful installation of applications that sit there unused taking up space and sending back the users personal information!

The team target to release their first beta version of the OS by August end of 2018. The next step would be the opening up of the source code repository. This should be the trigger for developers from around the world to pitch in and add their code as well. Version 1.0 of /e/ is targeted for the end of 2018 or early 2019.

For more information about /e/ go to the web site.

To read more about Gaël Duval

To contribute to /e/ financially

A web with a view

My Tweets
Join 39 other subscribers